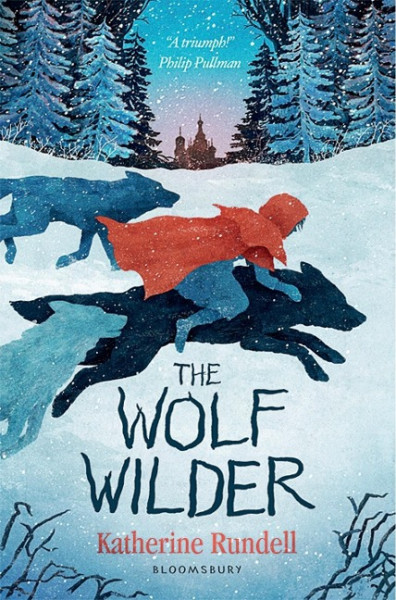 Feodora and her mother live in the snow-bound woods of Russia, where their closest neighbours are wolves. Feodora's mother is a wolf-wilder, and Feo is a wolf-wilder in training. Like the wolves, Feo has learnt to be wary of humans - even before the soldiers arrive with their guns and threats. And when the soldiers do their worst, she goes on the run with just a fugitive boy and her wolves for company - to rescue her mother and save her pack. von Rundell, Katherine

Katherine Rundell spent her childhood in Africa and Europe and is now a Fellow of All Souls College, Oxford. She is also the bestselling author of Rooftoppers, a story inspired by summers working in Paris and by night-time trespassing on the rooftops of All Souls. Rooftoppers won the Waterstones Children's Book Prize and the Blue Peter Award in 2014 and was shortlisted for many others. The Wolf Wilder is the first of three new novels with Bloomsbury.