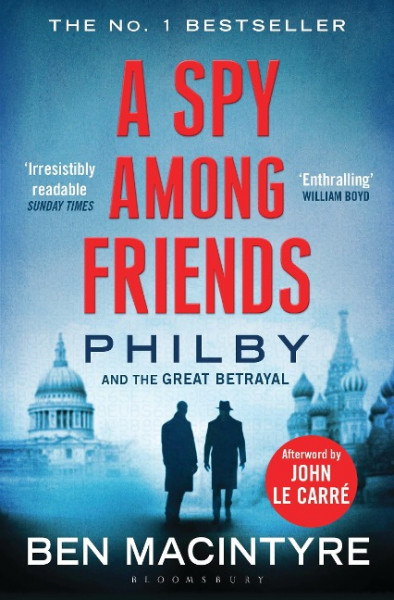 A Spy Among Friends

A Spy Among Friends

A SUNDAY TIMES No. 1 BESTSELLER WITH AN AFTERWORD BY JOHN LE CARRÉ 'Riveting, astounding ... An unputdownable postwar thriller' Observer 'Irresistibly readable' Sunday Times 'Worthy of John le Carré at his best' Guardian 'Hugely engrossing ... Both authoritative and enthralling' William Boyd ________________ Kim Philby was the most notorious British defector and Soviet mole in history. Agent, double agent, charmer and traitor, he betrayed every secret of Allied operations to the Russians in the early years of the Cold War. In the aftermath of the Second World War, Philby, Nicholas Elliott and James Jesus Angleton were rising stars in the intelligence world and shared every secret. Elliott and Angleton thought they knew Philby better than anyone - and then discovered they had not known him at all. This is a story of loyalty, trust and treachery, class and conscience, of male friendships forged, and then systematically betrayed. With access to newly released MI5 files and previously unseen papers, A Spy Among Friends unlocks what is perhaps the last great secret of the Cold War. von Macintyre, Ben