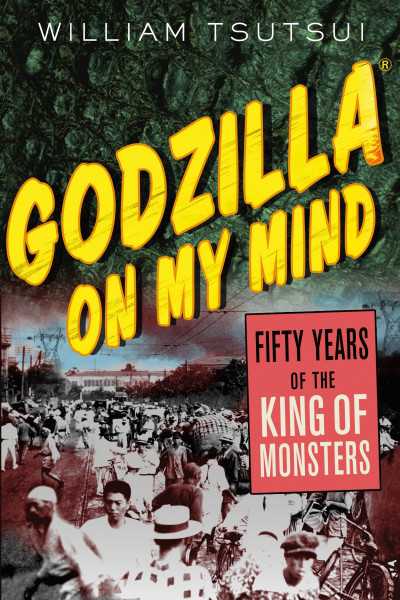 Godzilla on My Mind: Fifty Years of the King of Monsters

Godzilla on My Mind: Fifty Years of the King of Monsters

This year, to mark the fiftieth anniversary of his first appearance on the screen, the original, uncut version of Godzilla was released in American theaters to the delight of Sci-Fi and B-Movie fans everywhere. Ever since Godzilla (or, Gojira, as he is known in Japan) crawled out of his radioactive birthplace to cut a swath of destruction through Tokyo, he has claimed a place alongside King Kong and others in the movie monster pantheon. He is the third most recognizable Japanese celebrity in the United States, and his fan base continues to grow as children today prove his enduring appeal. Now, Bill Tsutsui, a life-long fan and historian, takes a light-hearted look at the big, green, radioactive lizard, revealing how he was born and how he became a megastar. With humorous anecdotes, Godzilla on My Mind explores his lasting cultural impact on the world. This book is sure to be welcomed by pop culture enthusiasts, fans, and historians alike. von Tsutsui, William