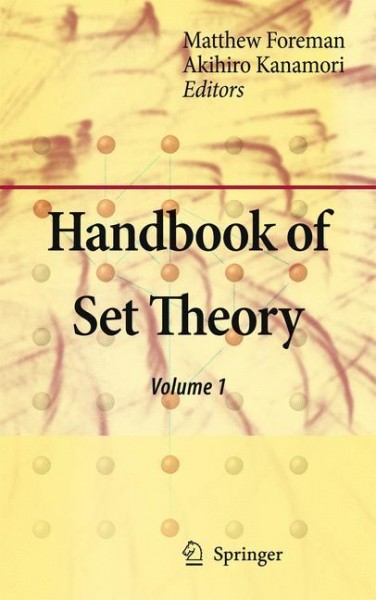 Numbers imitate space, which is of such a di?erent nature -Blaise Pascal It is fair to date the study of the foundation of mathematics back to the ancient Greeks. The urge to understand and systematize the mathematics of the time led Euclid to postulate axioms in an early attempt to put geometry on a ?rm footing. With roots in the Elements, the distinctive methodology of mathematics has become proof. Inevitably two questions arise: What are proofs? and What assumptions are proofs based on? The ?rst question, traditionally an internal question of the ?eld of logic, was also wrestled with in antiquity. Aristotle gave his famous syllogistic s- tems, and the Stoics had a nascent propositional logic. This study continued with ?ts and starts, through Boethius, the Arabs and the medieval logicians in Paris and London. The early germs of logic emerged in the context of philosophy and theology. The development of analytic geometry, as exempli?ed by Descartes, ill- tratedoneofthedi?cultiesinherentinfoundingmathematics. Itisclassically phrased as the question ofhow one reconciles the arithmetic with the geom- ric. Arenumbers onetypeofthingand geometricobjectsanother? Whatare the relationships between these two types of objects? How can they interact? Discovery of new types of mathematical objects, such as imaginary numbers and, much later, formal objects such as free groups and formal power series make the problem of ?nding a common playing ?eld for all of mathematics importunate. Several pressures made foundational issues urgent in the 19th century. von Foreman, Matthew