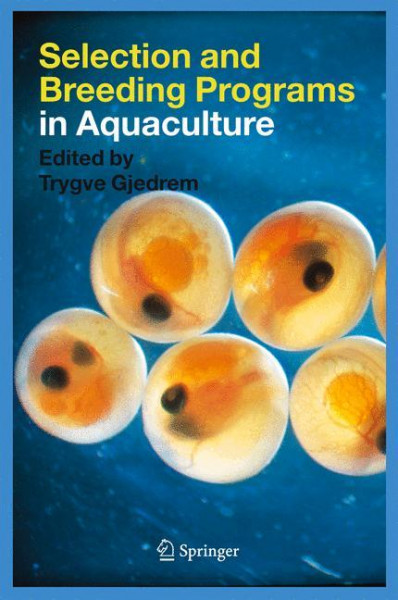 Selection and Breeding Programs in Aquaculture

Selection and Breeding Programs in Aquaculture

Although aquaculture as a biological production system has a long history, systematic and efficient breeding programs to improve economically important traits in the farmed species have rarely been utilized until recently, except for salmonid species. This means that the majority of aquaculture production (more than 90 %) is based on genetically unimproved stocks. In farm animals the situation is vastly different: practically no terrestrial farm production is based on genetically unimproved and undomesticated populations. This difference between aquaculture and livestock production is in spite of the fact that the basic elements of breeding theory are the same for fish and shellfish as for farm animals. One possible reason for the difference is the complexity of reproductive biology in aquatic species, and special consideration needs to be taken in the design of breeding plans for these species. Since 1971 AKVAFORSK, has continuously carried out large scale breeding research projects with salmonid species, and during the latest 15 years also with a number of fresh water and marine species. Results from this work and the results from other institutions around the world have brought forward considerable knowledge, which make the development of efficient breeding programs feasible. The genetic improvement obtained in selection programs for fish and shellfish is remarkable and much higher than what has been achieved in terrestrial farm animals. von Gjedrem, Trygve