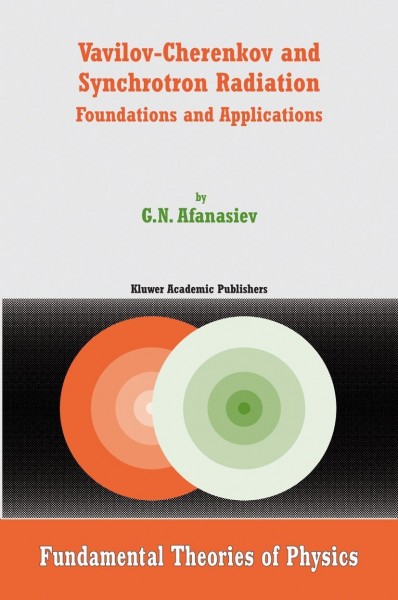 The importance of the Vavilov-Cherenkov radiation stems from the property that a charge moving uniformly in a medium emits ? quanta at the angle uniquely related to its energy. This has numerous applications. We mention only the neutrino experiments in which the neutrino energy is estimated by the angle at which the electron originating from the decay of neutrino is observed. This book is intended for students of the third year and higher, for postgraduates, and professional scientists, both experimentalists and th- reticians. The Landau and Lifschitz treatisesQuantumMechanics,Clas- cal Field Theory andElectrodynamicsofContinuousMedia are more than enough for the understanding of the text. There are three monographs devoted to the Vavilov-Cherenkov rad- tion. Jelly's book Cherenkov Radiation and its Applications published in 1958 contains a short theoretical review of the Vavilov-Cherenkov ra- ation and a rather extensive description of experimental technique. Ten years later, the two-volume Zrelov monograph Vavilov-Cherenkov Rad- tionandItsApplicationinHigh-EnergyPhysics appeared. Its ?rst volume isaquiteextensivereviewofexperimentalandtheoreticalresultsknownup to1968.ThesecondvolumeisdevotedtotheconstructionoftheCherenkov counters.In1988,theFrankmonographVavilov-CherenkovRadiation.T- oretical Aspects was published. It presents mainly a collection of Frank's papers with valuable short commentaries describing their present status. It is highly desirable to translate this book into English. von Afanasiev, G. N.