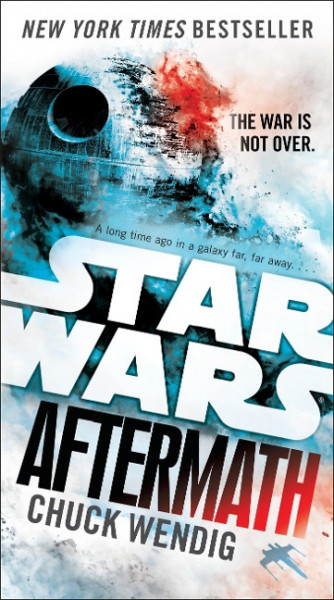 NEW YORK TIMES BESTSELLER • Journey to Star Wars: The Force Awakens "Star Wars: Aftermath [reveals] what happened after the events of 1983's Return of the Jedi. It turns out, there's more than just the Empire for the good guys to worry about."-The Hollywood Reporter As the Empire reels from its critical defeats at the Battle of Endor, the Rebel Alliance-now a fledgling New Republic-presses its advantage by hunting down the enemy's scattered forces before they can regroup and retaliate. But above the remote planet Akiva, an ominous show of the enemy's strength is unfolding. Out on a lone reconnaissance mission, pilot Wedge Antilles watches Imperial Star Destroyers gather like birds of prey circling for a kill, but he's taken captive before he can report back to the New Republic leaders. Meanwhile, on the planet's surface, former rebel fighter Norra Wexley has returned to her native world-war weary, ready to reunite with her estranged son, and eager to build a new life in some distant place. But when Norra intercepts Wedge Antilles's urgent distress call, she realizes her time as a freedom fighter is not yet over. What she doesn't know is just how close the enemy is-or how decisive and dangerous her new mission will be. Determined to preserve the Empire's power, the surviving Imperial elite are converging on Akiva for a top-secret emergency summit-to consolidate their forces and rally for a counterstrike. But they haven't reckoned on Norra and her newfound allies-her technical-genius son, a Zabrak bounty hunter, and a reprobate Imperial defector-who are prepared to do whatever they must to end the Empire's oppressive reign once and for all.Praise for Aftermath "The Force is strong with Star Wars: Aftermath."-Alternative Nation "The Star Wars universe is fresh and new again, and just as rich and mysterious as it always was."-Den of Geek"[Chuck] Wendig neatly captures the current states of the Empire and Rebel Alliance and does so through flawed, real, and nuanced characters. His writing gets you up close and personal. . . . Wendig does wonders with dialogue and voice and carving out space for everyone to breathe. Aftermath is a strong foot forward into unexplored territory and puts down just enough foundation that you can start picturing the Resistance and First Order of The Force Awakens taking shape."-Nerdist "If the opening chapter of the Wendig's Aftermath trilogy is any indication, the 'Journey to Star Wars: The Force Awakens' will be every bit as exciting as the movie."-New York Daily News "A wonderful Star Wars adventure by a gifted author."-SF Book Reviews von Wendig, Chuck

Chuck Wendig is a novelist, screenwriter, and game designer. He's the author of many novels, including Blackbirds, Atlanta Burns, Zer0es, and the YA Heartland series. He is co-writer of the short film Pandemic and the Emmy-nominated digital narrative Collapsus. He currently lives in the forests of Pennsyltucky with wife, son, and red dog.