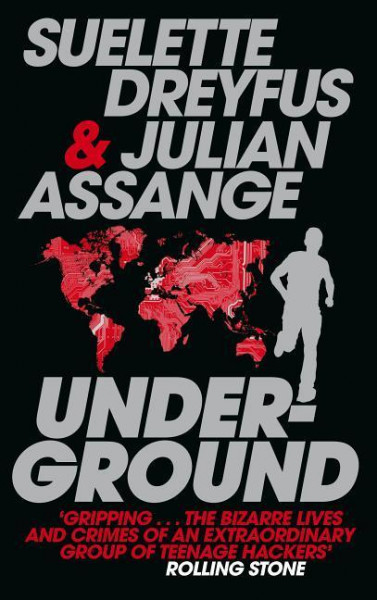 Underground
Tales of Hacking, Madness and Obsession on the Electronic Frontier

Dr Suelette Dreyfus is an award-winning writer and journalist. In addition to writing the first major book about computer hacking in Australia, Underground, she was the Associate Producer of a documentary about hackers. Her articles have appeared in magazines and newspapers such as The Independent, The Age, The Sydney Morning Herald and The Australian. She begain work on Underground while completing her PhD. She is a Research Fellow at the University of Melbourne, where she runs several major research projects in information systems.Julian Assange is an internet activist, journalist and publisher. Born and raised in Australia, Julian is the founder, spokesperson and editor in chief of WikiLeaks, a whistleblower website that started in 2006. In 2010, WikiLeaks begans to publish hundreds of thousands of classified details about American involvement in the wars in Afghanistan and Iraq, which created a media storm. At the end of 2010, the site published a series of classified US diplomatic cables, now known as Cablegate. von Dryfus, Suelette und Assange, Julia