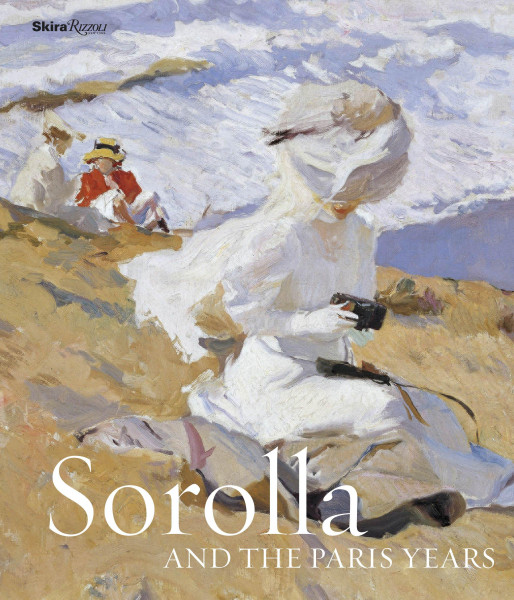 Sorolla and the Paris Years

Sorolla and the Paris Years

Published on the occasion of a major retrospective, this gorgeous new survey focuses on the paintings related to the years Joaquín Sorolla spent in Paris. A native of Valencia, Spanish Impressionist Joaquín Sorolla (1863-1923) first went to Paris in 1885 as a young artist at the age of twenty-three. He exhibited at the international salons, winning the Grand Prix at the Exposition Universelle in 1900, and in 1906, he exhibited for the first time at the Galerie Georges Petit, one of the principal galleries of the Impressionists. The exhibition was a resounding success and helped establish Sorolla's international reputation. Known for his vigorous compositions, unusual color palette, and loose, radiant brush strokes, Sorolla's sun-drenched landscapes, beach scenes, and luminous portraits even impressed such contemporaries as Claude Monet. Richly illustrated and with newly researched essays by noted scholars, this important book reveals much new information about Sorolla's activities and relationships with other artists in Europe. Included are more than one hundred paintings reflecting the artist's career, from his early work in Paris in which the influence of the French Impressionists is clearly evident, to the distinctive pictures that reflect his mature and celebrated style. von Pons-Sorolla, Blanca

Véronique Gerard-Powell is chief curator and senior lecturer in the history of art at the University of Paris-Sorbonne and is a specialist in Spanish painting and the history of collecting. Dominique Lobstein is former head of documentary studies in the painting department of the Musée d'Orsay, Paris. María López Fernández is chief curator at Mapfre Foundation, Madrid. Blanca Pons-Sorolla is the foremost scholar on the work of Joaquín Sorolla and has written and contributed to numerous books, including Sorolla: The Masterworks (Skira Rizzoli, 2012). She is the artist's great-granddaughter.