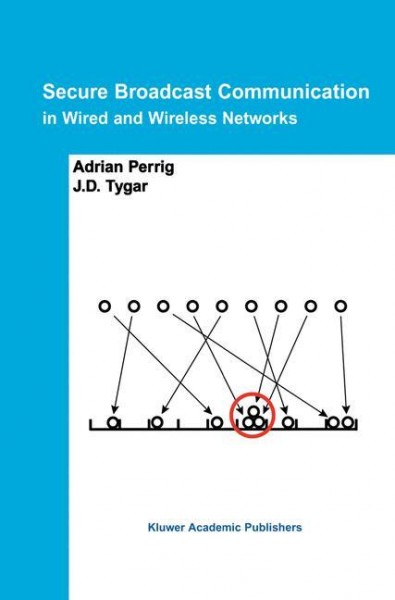 Secure Broadcast Communication in Wired and Wireless Networks presents a set of fundamental protocols for building secure information distribution systems. Applications include wireless broadcast, IP multicast, sensor networks and webs, ad hoc networks, and satellite broadcast. This book presents and compares new techniques for basic operations including: *key distribution for access control, *source authentication of transmissions, and *non-repudiation of streams. This book discusses how to realize these operations both with high performance processors and resource constrained processors. It shows how to protect against adversaries who inject packets or eavesdrop. The focus is on functional descriptions rather than theoretical discussions. Protocols are presented as basic building blocks that can be combined with each other and traditional security protocols. The book illustrates these protocols in practice by presenting a real implementation that provides security for an ad hoc sensor network. This book can serve as a textbook or supplementary reading in graduate level courses on security or networking, or can be used for self study.