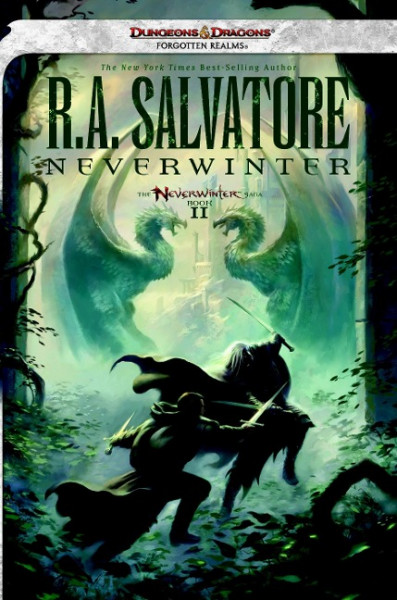 Against all odds, Drizzt and Dahlia join forces in the aftermath of battle, united in their desire for vengeance against the sorceress who destroyed Neverwinter The last of the Companions has fallen. Now Drizzt Do'Urden is alone-and free-for the first time in almost one hundred years. Guilt mingles with relief, leaving Drizzt uniquely vulnerable to the persuasions of Dahlia, a darkly alluring elf and the only other member of their Gauntlgrym search party to survive the cataclysm at Mount Hotenow. But traveling with Dahlia is challenging in more ways than one. As the pair seeks revenge on the sorceress responsible for leveling Neverwinter-and nearly Luskan as well-Drizzt finds his usual moral certainty swept away by her unconventional views. Forced to see the dark deeds to which circumstance may drive a common man, Drizzt begins to find himself on the wrong side of the law in an effort to protect those the law has failed. As old enemies acquire deadly allies, Drizzt and Dahlia quickly find themselves embroiled in battle-a state he's coming to enjoy a little too much.Neverwinter is the second book in the Neverwinter Saga and the twenty-fourth installment in the Legend of Drizzt series. von Salvatore, R. A.

R.A. Salvatore was born in Massachusetts in 1959. He is the New York Times-bestselling author of more than forty novels, including the popular Forgotten Realms series, The Legend of Drizzt. His love affair with fantasy, and with literature in general, began during his sophomore year of college when he was given a copy of J.R.R. Tolkien's The Lord of the Rings as a Christmas gift. He promptly changed his major from computer science to journalism. He began writing seriously in 1982, penning the manuscript that would become Echoes of the Fourth Magic. His first published novel was The Crystal Shard from TSR in 1988, and his novel The Silent Bladewon the Origins Award. He is still best known as the creator of dark elf Drizzt Do'Urden, one of fantasy's most beloved characters.