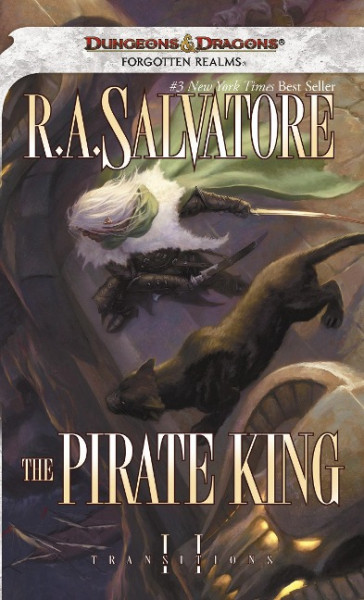 Drawn into a battle against nefarious pirates, Drizzt questions if 'the greater good' is worth the cost of innocent lives A shadowy organization of mages and pirates known as the Arcane Brotherhood has long held the city of Luskan in their power, but corruption now eats away at their ranks. Seeing this as an opportunity to finally defeat their leader, Arklem Greeth, legendary pirate hunter Captain Deudermont hatches a plot that will free the city of the Brotherhood's iron grip.Elsewhere, Drizzt and Regis depart for Icewind Dale, where they suspect Wulfgar-having returned his adopted daughter to her biological mother-now lives in isolation. When they cross paths with Captain Deudermont on their journey, the pirate hunter reveals his plans and recruits the duo to fight against the Arcane Brotherhood. But rescuing Luskan from itself proves more difficult-and more violent-than anyone anticipated, leaving all to question if they will destroy the city before they can actually save it.The Pirate King is the second book in the Transitions trilogy and the twenty-first installment in the Legend of Drizzt series. von Salvatore, R. A.

R.A. Salvatore was born in Massachusetts in 1959. He is the New York Times-bestselling author of more than forty novels, including the popular Forgotten Realms series, The Legend of Drizzt. His love affair with fantasy, and with literature in general, began during his sophomore year of college when he was given a copy of J.R.R. Tolkien's The Lord of the Rings as a Christmas gift. He promptly changed his major from computer science to journalism. He began writing seriously in 1982, penning the manuscript that would become Echoes of the Fourth Magic. His first published novel was The Crystal Shard from TSR in 1988, and his novel The Silent Bladewon the Origins Award. He is still best known as the creator of dark elf Drizzt Do'Urden, one of fantasy's most beloved characters.