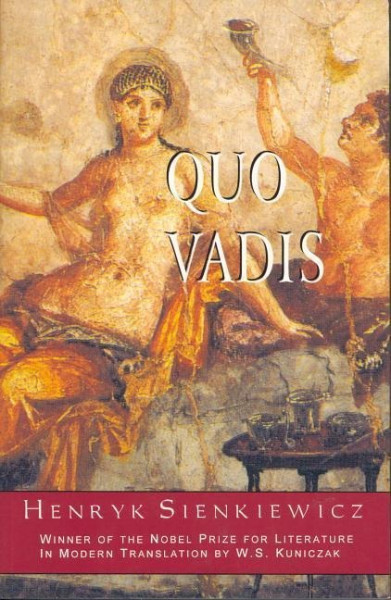 Translated by Stanley F Conrad. Set around the dawn of Christianity with amazing historical accuracy Quo Vadis? won Sienkiewicz the Nobel Prize. Written nearly a century ago and translated into over 40 languages, Quo Vadis, has been the greatest best-selling novel in the history of literature. Now in a sparkling new translation which restores the original glory and splendour of this masterpiece, W S Kuniczak, the most acclaimed translator of Sienkiewicz in this century, combines his special knowledge of Sienkiewicz's fiction with his own considerable talents as a novelist. An epic saga of love, courage and devotion in Nero's time, Quo Vadis portrays the degenerate days leading to the fall of the Roman Empire and the glory and the agony of early Christianity.