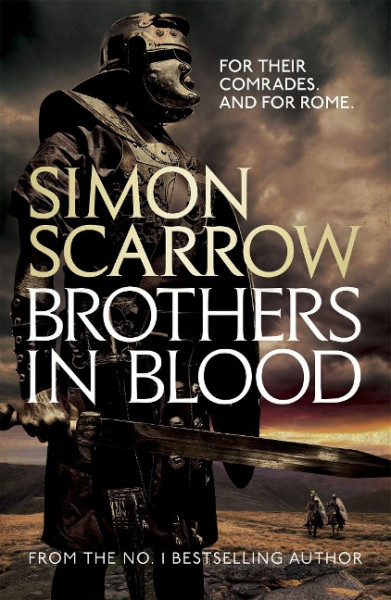 A messenger on the streets of Rome has been intercepted and tortured, revealing a plot to sabotage the Roman army's campaign against Caratacus, commander of Britannia's native tribes. A treacherous agent's mission is to open a second front of attack against them and eliminate the two Roman soldiers who could stand in the way. von Scarrow, Simon

Simon Scarrow is a Sunday Times No. 1 bestselling author. His many successful books include his Eagles of the Empire novels featuring Roman soldiers Macro and Cato, most recently TRAITORS OF ROME, THE BLOOD OF ROME, DAY OF THE CAESARS, INVICTUS and BRITANNIA, as well as HEARTS OF STONE, set in Greece during the Second World War, SWORD AND SCIMITAR, about the 1565 Siege of Malta, and a quartet about Wellington and Napoleon including the No. 1 Sunday Times bestseller THE FIELDS OF DEATH. He is the author with T. J. Andrews of the bestselling novels ARENA, INVADER and PIRATA.Find out more at www.simonscarrow.co.uk and on Facebook /officialsimonscarrow and Twitter @SimonScarrow