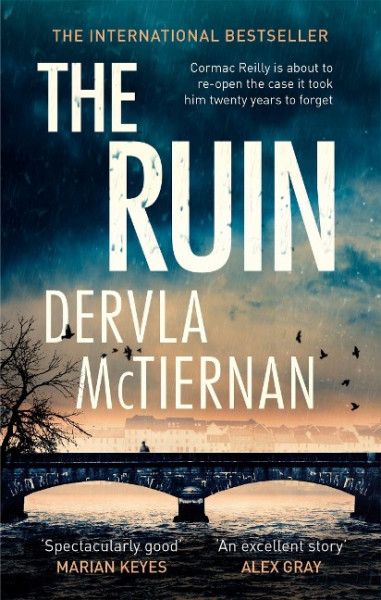 CORMAC REILLY IS ABOUT TO REOPEN A CASE IT TOOK HIM TWENTY YEARS TO FORGET . . . On his first week on the job, Garda Cormac Reilly responds to a call at a decrepit country house to find two silent, neglected children waiting for him - fifteen-year-old Maude and five-year-old Jack. Their mother lies dead upstairs. Twenty years later, Cormac has left his high-flying career as a detective in Dublin and returned to Galway. As he struggles to navigate the politics of a new police station, Maude and Jack return to haunt him.What ties a recent suicide to the woman's death so long ago? And who among his new colleagues can Cormac really trust?'Heart-breaking and heartstopping in equal measure' Caz Frear''Dervla McTiernan is a future star of the genre' Chris Brookmyre'Expertly plotted' Karen Dionne von McTiernan, Dervla

Dervla McTiernan was born in County Cork, Ireland to a family of seven. She studied corporate law at the National University of Ireland, Galway and the Law Society of Ireland, and practiced as a lawyer for twelve years. Following the global financial crisis she moved with her family to Western Australia, where she now works for the Mental Health Commission. She lives in Perth with her husband and two children.