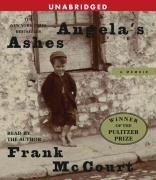 Frank McCourt was born in 1930 in Brooklyn, New York, to Irish immigrant parents, grew up in Limerick, Ireland, and returned to America in 1949. For thirty years he taught in New York City high schools. His first book, "Angela's Ashes," won the Pulitzer Prize, the National Book Critics Circle Award and the "L.A. Times" Book Award. In 2006, he won the prestigious Ellis Island Family Heritage Award for Exemplary Service in the Field of the Arts and the United Federation of Teachers John Dewey Award for Excellence in Education. He lives with his wife, Ellen, in New York and Connecticut.