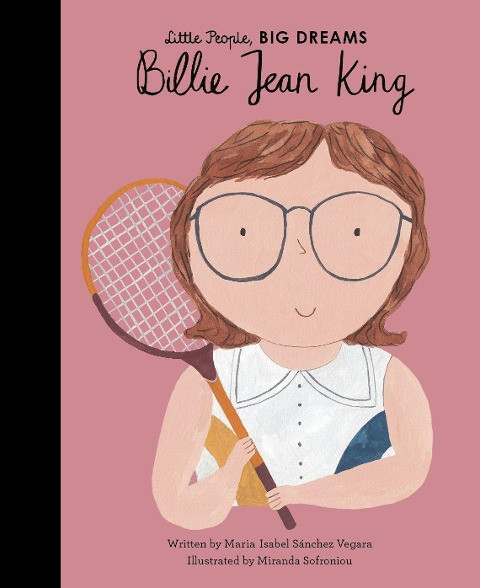 Billie Jean began playing tennis at the age of 11. After one of her first tennis lessons, she told her mother, "I'm going to be No. 1 in the world," a title she would come to hold five times between 1966 and 1972. Twenty years later, she is still today considered one of the most successful women in sport history von Sanchez Vegara, Maria Isabel und Sofroniou, Miranda

Maria Isabel Sánchez Vegara, born in Barcelona, Spain, is a writer and creative director in constant search of new concepts for children's books and the author of the multimillion-copy bestselling Little People, BIG DREAMS series of picture books that explore the lives of outstanding people. Working for more than fifteen years for clients in top advertising agencies, her books combine creativity with learning, aiming to establish a new and fresh relationship between children and pop culture. ​Miranda Sofroniou is a British Illustrator living in Melbourne, Australia. She graduated from The University of the Arts London (Camberwell College of Art) in 2012 with a degree in Illustration. Taking inspiration from travel and nature, she creates rich and colourful illustrations by hand, pairing loose brushstrokes with abundant detail. Her work has been used for a wide range of projects including editorial, publishing, apparel, stationery, and homeware. ¿¿¿