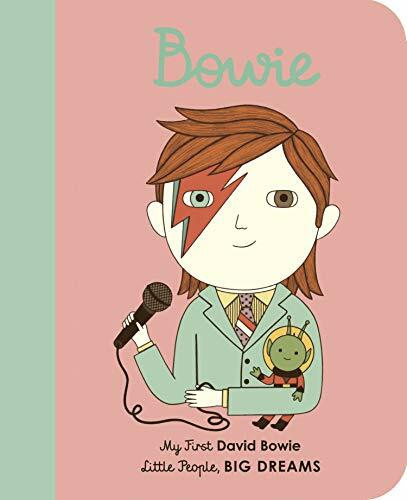 As a child, young David had a head full of songs and ideas. He was inspired by the pop and mod scenes in Britain to pick up the saxophone. After earning his stripes in some of the coolest bands in London, David splashed onto the solo scene. His songwriting talent and musical skill made him one of rock and roll's all-time greatest artists. von Sanchez Vegara, Maria Isabel und Albero, Ana

Maria Isabel Sánchez Vegara, born in Barcelona, Spain, is a writer and creative director in constant search of new concepts for children's books and the author of the multimillion-copy bestselling Little People, BIG DREAMS series of picture books that explore the lives of outstanding people. Working for more than fifteen years for clients in top advertising agencies, her books combine creativity with learning, aiming to establish a new and fresh relationship between children and pop culture. ​Ana Albero was born in Alicante, Spain. She studied Visual Communication at the Ecole Nationale Superieure des Arts Decoratifs in Paris, and illustration at the University of the Arts Berlin. She is now based in Berlin, where she works primarily in graphite and colored pencil creating vibrant textured images inspired by old pictures and movies. She is the illustrator of Coco Chanel, David Bowie and Marilyn Monroe from the best-selling Little People, BIG DREAMS series.