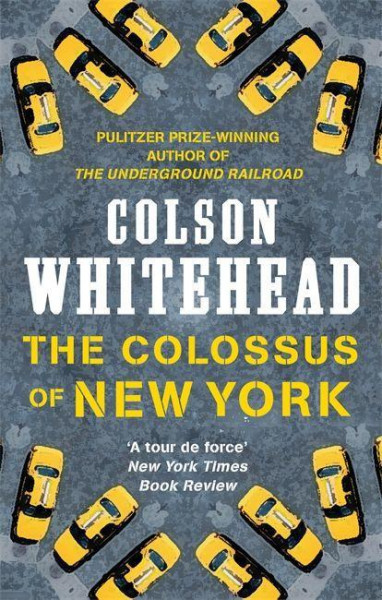 The Colossus of New York

The Colossus of New York

'Pitch-perfect . . . Utterly authentic . . . The Colossus of New York is quite simply the most delicious thirteen bites of the Big Apple I've taken in ages' Washington PostIn a dazzlingly original work of non-fiction, the author of The Underground Railroad recreates the exuberance, the chaos, the promise and the heartbreak of New York. Here is a literary love song that will entrance anyone who has ever lived in, visited or dreamed of the greatest of American cities.A masterful evocation of the city that never sleeps, The Colossus of New York captures the city's inner and outer landscapes in a series of vignettes, meditations, and personal memories. Colson Whitehead conveys with almost uncanny immediacy the feelings and thoughts of longtime residents and of newcomers who dream of making it their home; of those who have conquered its challenges; and of those who struggle against its cruelties. Whitehead's style is as multilayered and multifarious as New York itself: there is a funny, knowing riff on what it feels like to arrive in New York for the first time; a lyrical meditation on how the city is transformed by an unexpected rain shower; and a wry look at the ferocious battle that is commuting.The Colossus of New York is a remarkable portrait of life in the big city. Ambitious in scope, gemlike in its details, it is at once an unparalleled tribute to New York and the ideal introduction to one of the most exciting writers working today. von Whitehead, Colson

Colson Whitehead is a multi-award winning and bestselling author whose works include The Nickel Boys, The Underground Railroad, The Noble Hustle, Zone One, Sag Harbor, The Intuitionist, John Henry Days, Apex Hides the Hurt and a collection of essays, The Colossus of New York. He is one of only four novelists to win the Pulitzer Prize for Fiction twice and is a recipient of MacArthur and Guggenheim fellowships. For The Underground Railroad, Whitehead won the National Book Award, the Pulitzer Prize for Fiction, the Arthur C. Clarke Award for Fiction, the Andrew Carnegie Medal for Excellence and was longlisted for the Booker Prize. He was awarded the Pulitzer Prize for a second time for The Nickel Boys, which also won the George Orwell Prize for Political Fiction and The Kirkus Prize. The Underground Railroad has been adapted as an Amazon Prime TV series, produced and directed by the Academy Award winning director Barry Jenkins, and was broadcast in 2021. He lives with his family in New York City.