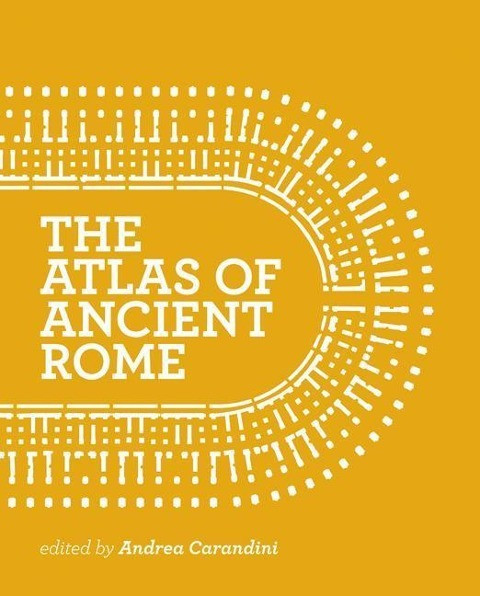 Atlas of Ancient Rome
Biography and Portraits of the City

The Atlas of Ancient Rome provides a comprehensive archaeological survey of the city of Rome from prehistory to the medieval period. Lavishly illustrated throughout with full-color maps, drawings and photos, and 3D reconstructions, this magnificent two-volume slipcased edition is destined to become the standard reference for scholars, students, and anyone interested in Rome and its history and art. The Atlas of Ancient Rome is monumental in scope. It examines the city's topography and political-administrative divisions, trade and economic production, and social landscape and infrastructure--from residential neighborhoods and gardens to walls, roads, aqueducts, and sewers. It describes the fourteen regions of Rome and the urban history of each one in unprecedented detail, and includes profiles and reconstructions of major monuments and works of art. This is the only atlas of the ancient city to incorporate the most current archaeological findings and the latest mapping technologies. In addition, the book is organized thematically and topographically rather than alphabetically--providing readers with a topographic perspective on the city as a whole rather than a series of discrete essays--and also includes invaluable material on late antique and early medieval Rome. von Carandini, Andrea

Andrea Carandini is professor emeritus of archaeology at the Sapienza University of Rome. He has supervised some of the most important archaeological excavations in Rome and was instrumental in the discovery of the ancient Palatine Wall and the earliest phase of the Sanctuary of Vesta. He is president of the Italian National Trust. His many books include Rome: Day One (Princeton).