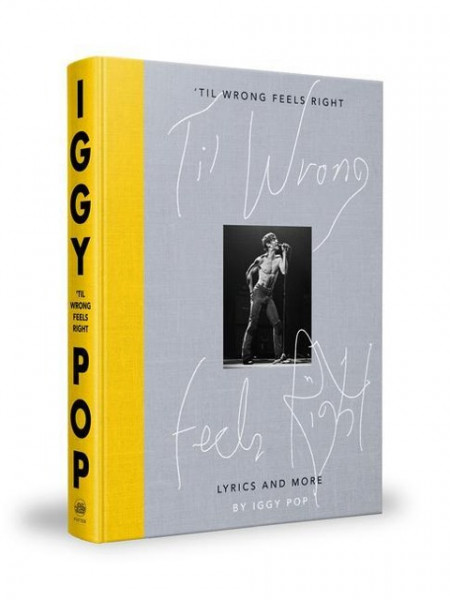 The Godfather of Punk and frontman for The Stooges offers insight into his creative world--with the complete lyrics for 100 songs brought to life by full-color photos, his own memorabilia, never-before-seen notes, short essays by Iggy, and commentary from other music legends--from T. Rex's Mark Bolan to Blondie's Debbie Harry.James Osterberg Jr. aka Iggy Pop hasn't left a mark on music; he's left it battered, bruised, and covered in blood. From fronting the legendary proto-punk band The Stooges to being inducted into the Rock and Roll Hall of Fame in 2010 to collaborating with an eclectic mix of artists including David Bowie, Lou Reed, Debbie Harry, Jack White, and Josh Homme, Iggy is an icon of rock and roll. Here for the first time are his collected lyrics, beautifully illustrated and complete with his and others' reflections on a genre-defining music career that spans five decades.

IGGY POP, born James Newell Osterberg, Jr. is an American musician and actor. He was the vocalist for The Stooges, a band Rolling Stone lists in their 100 greatest artists of all time. The Stooges were first active 1967-1975, reunited in 2003, and in 2010