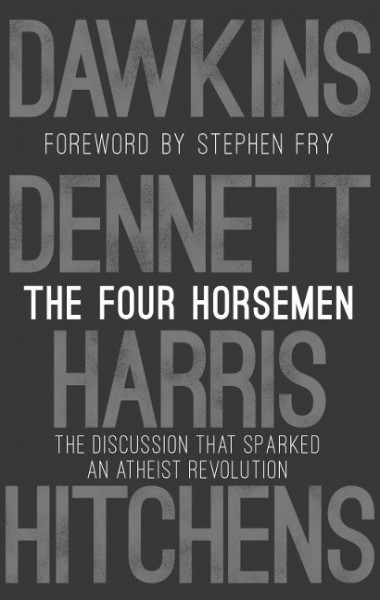 The Four Horsemen
The Discussion that Sparked an Atheist Revolution. Foreword by Stephen Fry

Troubled San Francisco homicide detective Valerie Hart is planning a rare weekend away from the job when she gets the call. A body has been found. A woman, brutally murdered. And the cryptic note left by the body is addressed to Valerie.The victim is unknown to her, but as Valerie analyses the scene, the clues begin to point in a deeply disturbing direction: to a maximum security prison where a woman called Katherine Glass is awaiting execution for a series of gruesome killings. And Valerie was the cop who put her there.The last thing Valerie wants to do is re-enter Katherine's twisted world, but when a second body is discovered, with another puzzling clue, she realises she has no choice. Katherine Glass holds the key to the killings, and Valerie needs to find out what she knows before the murders come even closer to home.Even if it means playing a deadly game where once again, the psychopathic killer holds all the cards. von Dawkins, Richard und Harris, Sam und Dennett, Daniel C. und Hitchens, Christopher

Richard Dawkins (Author) Richard Dawkins is author of The Selfish Gene, voted The Royal Society's Most Inspiring Science Book of All Time, and also the bestsellers The Blind Watchmaker, Climbing Mount Improbable, The Ancestor's Tale, The God Delusion, and two volumes of autobiography, An Appetite for Wonder and Brief Candle in the Dark. He is a Fellow of New College, Oxford and both the Royal Society and the Royal Society of Literature. In 2013, Dawkins was voted the world's top thinker in Prospect magazine's poll of 10,000 readers from over 100 countries.Sam Harris (Author) Sam Harris is the author of five New York Times bestsellers. His books include The End of Faith, Letter to a Christian Nation, The Moral Landscape, Free Will, Lying, and Waking Up. The End of Faith won the 2005 PEN/Martha Albrand Award for Nonfiction. His work has been published in more than twenty languages. Harris has written for the New York Times, the Los Angeles Times, the Economist, The Times, the Boston Globe, the Atlantic, Annals of Neurology, and other outlets. He received a degree in philosophy from Stanford University and a PhD in neuroscience from UCLA. Please visit his website at SamHarris.org.Daniel C. Dennett (Author) Daniel C. Dennett is the University Professor and Austin B. Fletcher Professor of Philosophy at Tufts University. He is the author of numerous books including Intuition Pumps and Other Tools for Thinking, Breaking the Spell, Darwin's Dangerous Idea, and Consciousness Explained.Christopher Hitchens (Author) Christopher Hitchens was an English-born American author, journalist and literary critic. He was a columnist at Vanity Fair, The Atlantic, World Affairs, The Nation, Slate, Free Inquiry, and a variety of other media in a career that spanned more than four decades and made him a prominent public intellectual, and a staple of talk shows and lecture circuits. His books include The Monarchy; Blood, Class, and Nostalgia; No One Left to Lie Toand God Is Not Great. He died in 2011.Stephen Fry (Foreword By) Stephen Fry is an award-winning comedian, actor, presenter and director. He rose to fame alongside Hugh Laurie in A Bit of Fry and Laurie (which he co-wrote with Laurie) and Jeeves and Wooster, and was unforgettable as General Melchett in Blackadder. He has hosted over 180 episodes of QI, and has narrated all seven of the Harry Potter novels for the audiobook recordings. He is the bestselling author of four novels - The Stars' Tennis Balls, Making History, The Hippopotamus and The Liar - as well as three volumes of autobiography - Moab is My Washpot, The Fry Chronicles and More Fool Me. Mythos and Heroes, his retelling of the Greek myths, are both Sunday Times bestsellers.