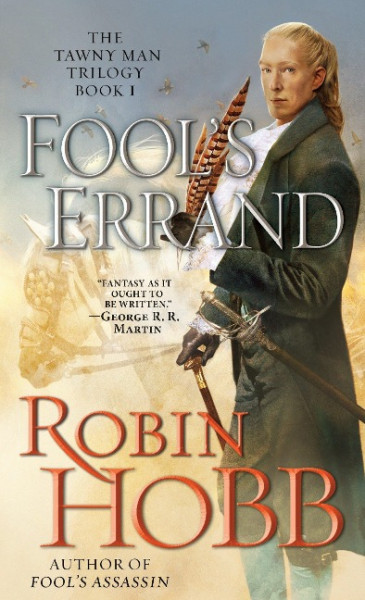 "Fantasy as it ought to be written . . . Robin Hobb's books are diamonds in a sea of zircons."-George R. R. Martin For fifteen years FitzChivalry Farseer has lived in self-imposed exile, assumed to be dead by almost all who once cared about him. But now, into his isolated life, visitors begin to arrive: Fitz's mentor from his assassin days; a hedge-witch who foresees the return of a long-lost love; and the Fool, the former White Prophet, who beckons Fitz to fulfill his destiny. Then comes the summons he cannot ignore. Prince Dutiful, the young heir to the Farseer throne, has vanished. Fitz, possessed of magical skills both royal and profane, is the only one who can retrieve him in time for his betrothal ceremony, thus sparing the Six Duchies profound political embarrassment . . . or worse. But even Fitz does not suspect the web of treachery that awaits him-or how his loyalties will be tested to the breaking point. Praise for Robin Hobb and Fool's Errand "[Robin] Hobb has created a world brimming with detail and complexity [and] once again proves herself a full master of the epic fantasy."-Tulsa World "Splendid . . . Despite some truly wrenching twists, there is a welcome sense of new beginnings."-Locus von Hobb, Robin

Robin Hobb is the author of the Farseer Trilogy, the Liveship Traders Trilogy, the Tawny Man Trilogy, the Soldier Son Trilogy, and the Rain Wilds Chronicles. She has also written as Megan Lindholm. She is a native of Washington State.