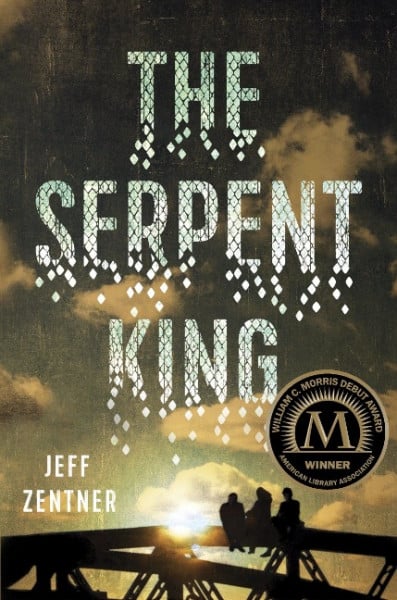 Named to ten BEST OF THE YEAR lists and selected as a William C. Morris Award Winner,The Serpent King is the critically acclaimed, much-beloved story of three teens who find themselves--and each other--while on the cusp of graduating from high school with hopes of leaving their small-town behind. Perfect for fans of John Green's Turtles All the Way Down."Move over, John Green; Zentner is coming for you." -The New York Public Library"Will fill the infinite space that was left in your chest after you finished The Perks of Being a Wallflower." -BookRiot.com Dill isn't the most popular kid at his rural Tennessee high school. After his father fell from grace in a public scandal that reverberated throughout their small town, Dill became a target. Fortunately, his two fellow misfits and best friends, Travis and Lydia, have his back. But as they begin their senior year, Dill feels the coils of his future tightening around him. His only escapes are music and his secret feelings for Lydia--neither of which he is brave enough to share. Graduation feels more like an ending to Dill than a beginning. But even before then, he must cope with another ending--one that will rock his life to the core. Debut novelist Jeff Zentner provides an unblinking and at times comic view of the hard realities of growing up in the Bible belt, and an intimate look at the struggles to find one's true self in the wreckage of the past."A story about friendship, family and forgiveness, it's as funny and witty as it is utterly heartbreaking." -PasteMagazine.com"A brutally honest portrayal of teen life . . . [and] a love letter to the South from a man who really understands it." -Mashable.com"I adored all three of these characters and the way they talked to and loved one another."-New York Times

Before becoming a writer, JEFF ZENTNER was a singer-songwriter and guitarist who recorded with Iggy Pop, Nick Cave, and Debbie Harry. He lives in Nashville with his wife and son. Committed to making creativity a part of his everyday life, Zentner wrote bo