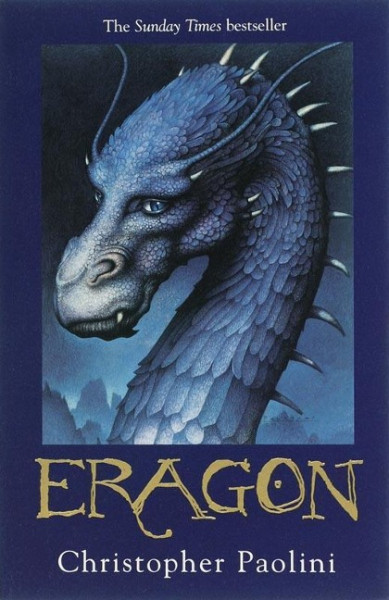 One boy....One dragon...A world of adventure.When Eragon finds a polished blue stone in the forest, he thinks it is the lucky discovery of a poor farm boy; perhaps it will buy his family meat for the winter. But when the stone brings a dragon hatchling, Eragon soon realizes he has stumbled upon a legacy nearly as old as the Empire itself.Overnight his simple life is shattered, and he is thrust into a perilous new world of destiny, magic, and power. Can Eragon take up the mantle of the legendary Dragon Riders? The fate of the Empire may rest in his hands...'A compelling and action-filled adventure...a galloping good example of its genre' Daily Telegraph'This book is an achievement. Readers...will be transported' Sunday Times'A portrayal of true affection between boy and dragon . . . Paolini writes like someone gripped by his own story' Guardian'A stirring fantasy of epic proportions' The Bookseller von Paolini, Christopher

Christopher Paolini was educated at home by his parents. His abiding love of fantasy and science fiction inspired him to begin writing his debut novel, Eragon, when he graduated from high school at fifteen. He became a New York Times bestselling author at nineteen. Christopher lives in Montana, USA, where the dramatic landscape fed his vision of Alagaesia. Inheritance, the final book in the sequence, was published in November 2011.