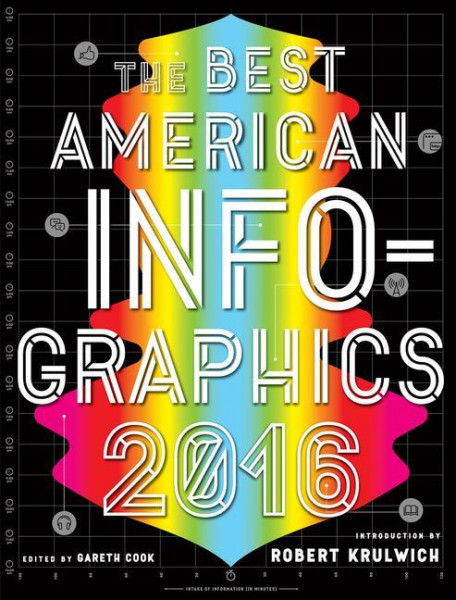 The year's most "awesome" (RedOrbit) infographics reveal aspects of our world in often startling ways--from a haunting graphic mapping the journey of 15,790 slave ships over 315 years, to a year-long data drawing project on postcards that records and cements a trans-Atlantic friendship. The Best American Infographics 2016 covers the realms of politics, social issues, health, sports, arts and culture, and more, from an infographic that puts the spotlight on nations that contribute the most CO2 and on those most vulnerable to the impacts of climate change, to crisp visual data on the likely Democratic/Republican leanings for an array of professions (proving that your urologist is far more likely to be Republican than your pediatrician). Here once again are the most innovative print and electronic infographics--"the full spectrum of the genre--from authoritative to playful" (Scientific American). Robert Krulwich is the cohost of Radiolab and a science correspondent for NPR. He writes, draws, and cartoons at "Curiously Krulwich," where he synthesizes scientific concepts into colorful, one-of-a-kind blog posts. He has won several Emmy awards for his work on television, and has been called "the most inventive network reporter in television" by TV Guide. von Cook, Gareth