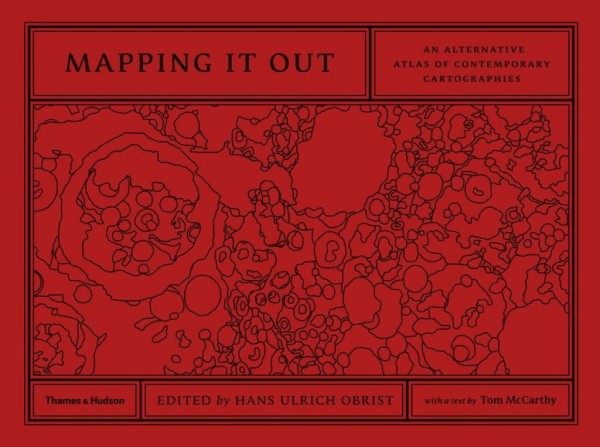 Mapping it out
An Alternative Atlas of Contemporary Cartographies

Over 130 leading lights from different fields - artists, architects, writers and designers, geographers, mathematicians, computer pioneers, scientists - make sense of exterior and interior worlds through highly personal and imaginative maps and charts. Some have translated scientific data into simplified visual language, while others have condensed vast social, political or natural forms into concise diagrams. Many have reworked existing maps to subvert their original purpose or to present an alternative view of reality. Others play with the map's commitment to truth by plotting invented worlds and charting imaginative flights of fancy. Going further, some offer entirely new kinds of map - or even reject the map's claim to bear facts altogether. In the introduction, acclaimed novelist Tom McCarthy reflects on the relationship between maps, literature and knowledge, while Hans Ulrich Obrist closes the book by considering the territory of maps from the perspective of the arts and philosophy. von Obrist, Hans-Ulrich