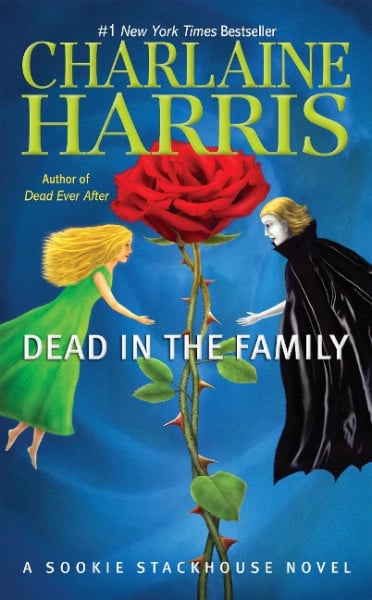 Dead in the Family

Dead in the Family

In the tenth novel in the #1 New York Times bestselling series-the inspiration for the HBO® original series True Blood-Sookie Stackhouse learns that not even her psychic abilities can help her solve all the problems in Bon Temps, Louisiana...After enduring torture and the loss of loved ones during the brief but deadly Fae War, Sookie Stackhouse is hurt and she's mad. Just about the only bright spot in her life is the love she thinks she feels for vampire Eric Northman. But he's under scrutiny by the new vampire king because of their relationship. And as the political implications of the shifters' coming-out are beginning to be felt, Sookie's connection to one particular Were draws her into the dangerous debate. Also, unknown to her, though the doors to Faery have been closed, there are still some fae on the human side-and one of them is angry at Sookie. Very, very angry. von Harris, Charlaine

Charlaine Harris is the #1 New York Times bestselling author of the Sookie Stackhouse and Midnight, Texas, fantasy/mystery series and the Aurora Teagarden, Harper Connelly, and Lily Bard mystery series. Her books have inspired HBO's True Blood, NBC's Midnight, Texas, and the Aurora Teagarden movies for Hallmark Movies & Mysteries. She has lived in the South her entire life.