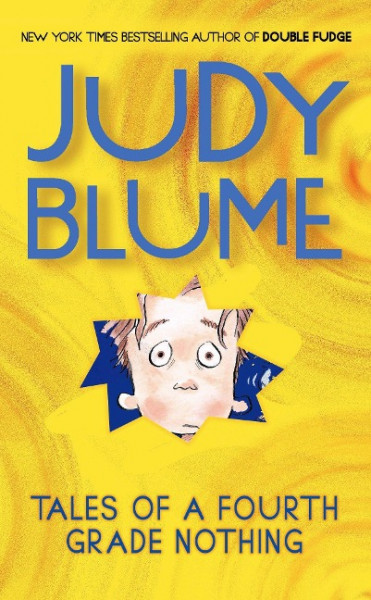 Tales of a Fourth Grade Nothing

Tales of a Fourth Grade Nothing

Celebrate 45 years of Tales of a Fourth Grade Nothing! The #1 New York Times bestselling author's first book in her classic Fudge series. Two is a crowd when Peter and his little brother, Fudge, are in the same room. Grown-ups think Fudge is absolutely adorable, but Peter and his pet turtle, Dribble, know the truth. From throwing temper tantrums to smearing mashed potatoes on the wall, Fudge causes mischief wherever he goes! "As a kid, Judy Blume was my favorite author, and Tales of a Fourth Grade Nothing was my favorite book."-Jeff Kinney, author of the bestselling Wimpy Kid series Love Fudge, Peter, and Sheila? Read all these books featuring your favorite characters: Otherwise Known as Sheila the Great Superfudge Fudge-a-Mania Double Fudge von Blume, Judy

Judy Blume spent her childhood in Elizabeth, New Jersey, making up stories inside her head. She has spent her adult years in many places doing the same thing, only now she writes her stories down on paper. Adults as well as children will recognize such Blume titles as Are You There God? It's Me, Margaret; Blubber; Just as Long as We're Together; and the five book series about the irrepressible Fudge. She has also written four novels for adults, In the Unlikely Event, Summer Sisters, Smart Women, and Wifey, all of them New York Times bestsellers. More than 80 million copies of her books have been sold, and her work has been translated into thirty-one languages. She receives thousands of letters a year from readers of all ages who share their feelings and concerns with her. Judy received a BS in education from New York University in 1961, which named her a Distinguished Alumna in 1996, the same year the American Library Association honored her with the Margaret A. Edwards Award for Lifetime Achievement. In 2004 she received the National Book Foundation's Medal for Distinguished Contribution to American Letters.