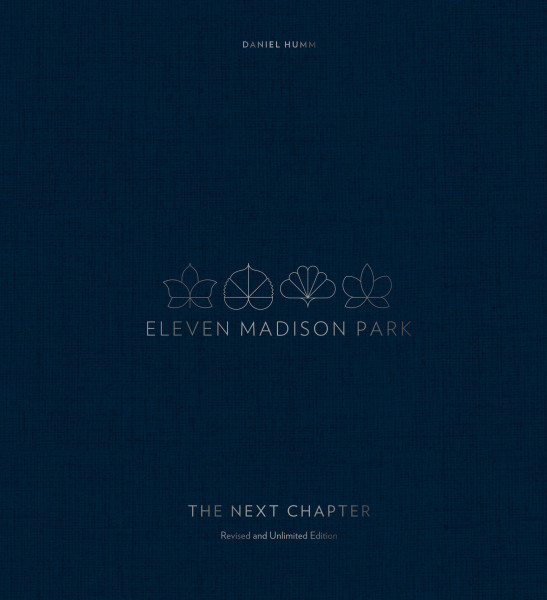 Eleven Madison Park: The Next Chapter

Eleven Madison Park: The Next Chapter

From one of the world's top dining destinations, New York's three-Michelin-starred restaurant Eleven Madison Park, comes an updated single-volume collection of more than 80 recipes, stories, food photographs, and watercolor paintings from celebrated chef Daniel Humm.JAMES BEARD AWARD FINALIST • NAMED ONE OF THE BEST COOKBOOKS OF THE YEAR BY THE ATLANTICOriginally published as a two-volume, signed edition and limited to only 11,000 print copies, this revised edition of Eleven Madison Park: The Next Chapter refashions the deluxe slipcase edition into one high-quality, single volume. Of the 80 recipes and stories, more than 30 of the recipes are brand new and reflect the dishes being served at the restaurant now. Along with 30 brand-new food photos, there are also nearly 15 new watercolors and stories discussing the restaurant's recent renovation, among other topics. This collection reflects on the time during which Eleven Madison Park garnered scores of accolades, including four stars from the New York Times, three Michelin stars, seven James Beard Foundation awards, and the number one spot on the World's 50 Best Restaurants list. In this fresh package, Chef Daniel Humm describes his unparalleled culinary journey and inspiration. von Humm, Daniel und Barnes, Janice und Tonelli, Francesco

DANIEL HUMM is the proprietor, with Will Guidara, of the three-Michelin-starred restaurant Eleven Madison Park; the counter-service restaurant Made Nice in Manhattan; The NoMad restaurant with locations in Manhattan, Los Angeles, and Las Vegas; and Davies and Brook restaurant, opening in London in summer 2019.