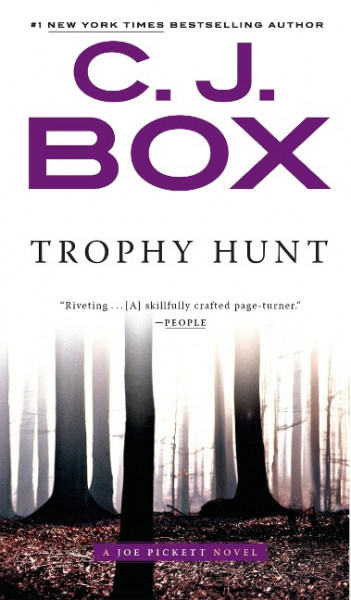 In this thriller in the #1 New York Times bestselling Joe Pickett series, the Wyoming game warden is up against a vicious killer who's more beast than man... Local authorities in Twelve Sleep County, Wyoming, are quick to label a rash of animal mutilations as the work of a grizzly bear, but game warden Joe Pickett suspects that something far more sinister is afoot. And when the bodies of two men are found disfigured in the same way, his worst feats are confirmed: A modern-day Jack the Ripper is on the loose-and the killings have just begun. von Box, C. J.

C. J. Box is the #1 New York Times bestselling author of the Joe Pickett series, five stand-alone novels, and the story collection Shots Fired. He has won the Edgar, Anthony, Macavity, Gumshoe, and two Barry awards, as well as the French Prix Calibre .38 and a French Elle magazine literary award. His books have been translated into twenty-seven languages. He and his wife Laurie split their time between their home and ranch in Wyoming.