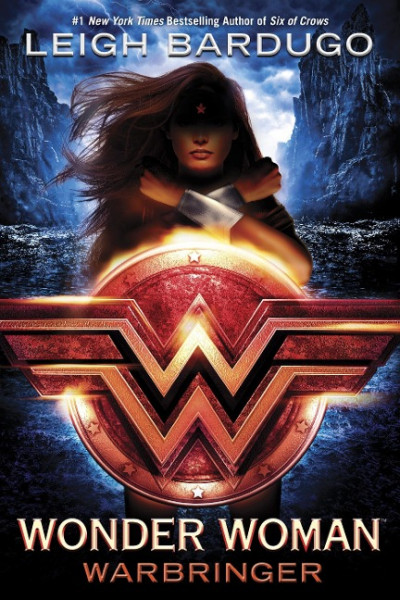 AN INSTANT NEW YORK TIMES BESTSELLERThe award-winning DC Icons story of the world's greatest super hero: WONDER WOMAN by the # 1 New York Times bestselling author LEIGH BARDUGO."You'll enjoy this book whether you're a fan of Wonder Woman comics, the Wonder Woman movie, Leigh Bardugo, or just YA lit in general." -Hypable She will become one of the world's greatest heroes: WONDER WOMAN. But first she is Diana, Princess of the Amazons. And her fight is just beginning. . . . Diana longs to prove herself to her legendary warrior sisters. But when the opportunity finally comes, she throws away her chance at glory and breaks Amazon law-risking exile-to save a mere mortal. Even worse, Alia Keralis is no ordinary girl and with this single brave act, Diana may have doomed the world. Alia just wanted to escape her overprotective brother with a semester at sea. She doesn't know she is being hunted. When a bomb detonates aboard her ship, Alia is rescued by a mysterious girl of extraordinary strength and forced to confront a horrible truth: Alia is a Warbringer-a direct descendant of the infamous Helen of Troy, fated to bring about an age of bloodshed and misery. Together, Diana and Alia will face an army of enemies-mortal and divine-determined to either destroy or possess the Warbringer. If they have any hope of saving both their worlds, they will have to stand side by side against the tide of war."Feminism is the invisible jet powering this literary revamp of the Amazon princess." -The New York Times Book Review "Warning: This novel about the young super hero crossing paths with a seemingly ordinary-but seriously powerful-girl may result in multiple fist pumps." -Seventeen Don't miss the rest of the DC Icons series! Read them in any order you choose: • Batman: Nightwalker by Marie Lu • Catwoman: Soulstealer by Sarah J. Maas • Superman: Dawnbreaker by Matt de la Peña von Bardugo, Leigh

LEIGH BARDUGO is the #1 New York Times bestselling and USA Today bestselling author of Six of Crows, Crooked Kingdom, and the Shadow and Bone Trilogy. Visit her online at leighbardugo.com and follow her on Twitter at @LBardugo. She is the first author in the DC Icons Series, where the DC Comics super hero icons are written by megastar young adult authors. The series also includes Batman: Nightwalker by Marie Lu, Catwoman: Soulstealer by Sarah J. Maas, and Superman: Dawnbreaker by Matt de la Peña.