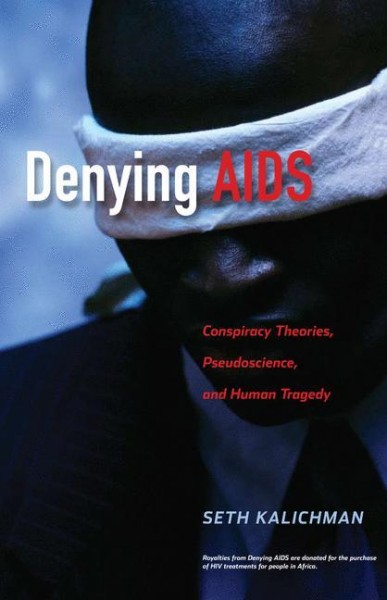 Paralleling the discovery of HIV and the rise of the AIDS pandemic, a flock of naysayers has dedicated itself to replacing genuine knowledge with destructive misinformation-and spreading from the fringe to the mainstream media and the think tank. Now from the editor of the journal AIDS and Behavior comes a bold exposé of the scientific and sociopolitical forces involved in this toxic evasion. Denying AIDS traces the origins of AIDS dissidents disclaimers during the earliest days of the epidemic and delves into the psychology and politics of the current denial movement in its various incarnations. Seth Kalichman focuses not on the "difficult" or doubting patient, but on organized, widespread forms of denial (including the idea that HIV itself is a myth and HIV treatments are poison) and the junk science, faulty logic, conspiracy theories, and larger forces of homophobia and racism that fuel them. The malignant results of AIDS denial can be seen in those individuals who refuse to be tested, ignore their diagnoses, or reject the treatments that could save their lives. Instead of ignoring these currents, asserts Kalichman, science has a duty to counter them. Among the topics covered: Why AIDS denialism endures, and why science must understand it. Pioneer virus HIV researcher Peter Duesberg's role in AIDS denialism. Flawed immunological, virological, and pharmacological pseudoscience studies that are central to texts of denialism. The social conservative agenda and the politics of AIDS denial, from the courts to the White House. The impact of HIV misinformation on public health in South Africa. Fighting fiction with reality: anti-denialism and the scientific community. For anyone affected by, interested in, or working with researchers in HIV/AIDS, and public health professionals in general, the insight and vision of Denying AIDS will inspire outrage, discussion, and ultimately action. See http://denyingaids.blogspot.com/ for more information.

Seth C. Kalichman is a Professor at the University of Connecticut. He has previously edited the volume, Positive Prevention: Reducing HIV Transmission among People Living with HIV/AIDS, also published by Springer.