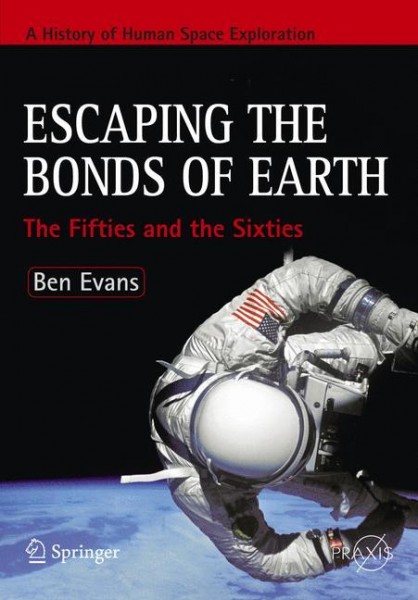 Escaping the Bonds of Earth

Escaping the Bonds of Earth
The Fifties and the Sixties

To commemorate the momentous 50th anniversary of Yuri Gagarin's pioneering journey into space on 12th April 2011, a series of five books - to be published annually - will explore this half century, decade by decade, to discover how humanity's knowledge of flying, working and living in space has changed. Each volume will focus not only upon the individual missions within 'its' decade, but also upon the key challenges facing human space exploration at specific points within those 50 years: from the simple problems of breathing and eating in space to the challenges of venturing outside in a pressurised spacesuit and locomotion on the Moon. The first volume of this series will focus upon the 1960s, exploring each mission from April 1961 to April 1971 in depth: from the pioneering Vostok flights to the establishment of the first Salyut space station and from Alan Shepard's modest sub-orbital 'hop' into space to his triumphant arrival at the Moon's Fra Mauro foothills almost a decade later. von Evans, Ben