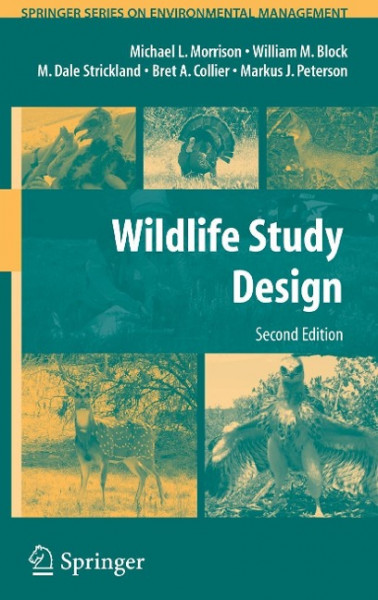 We developed the first edition of this book because we perceived a need for a compilation on study design with application to studies of the ecology, conser- tion, and management of wildlife. We felt that the need for coverage of study design in one source was strong, and although a few books and monographs existed on some of the topics that we covered, no single work attempted to synthesize the many facets of wildlife study design. We decided to develop this second edition because our original goal - synthesis of study design - remains strong, and because we each gathered a substantial body of new material with which we could update and expand each chapter. Several of us also used the first edition as the basis for workshops and graduate teaching, which provided us with many valuable suggestions from readers on how to improve the text. In particular, Morrison received a detailed review from the graduate s- dents in his "Wildlife Study Design" course at Texas A&M University. We also paid heed to the reviews of the first edition that appeared in the literature. von Morrison, Michael L. und Strickland, M. Dale und Block, William M. und Peterson, Markus J. und Collier, Bret A.