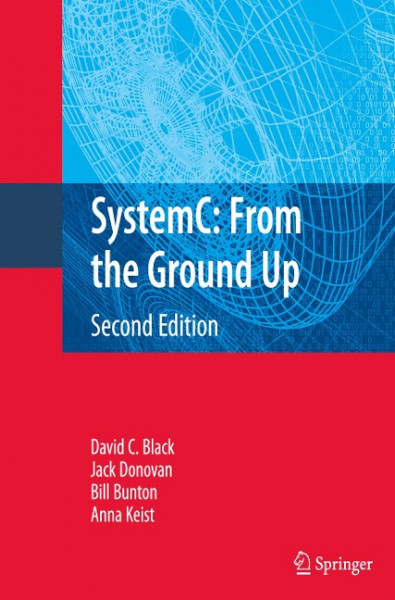 SystemC: From the Ground Up, Second Edition

SystemC: From the Ground Up, Second Edition

SystemC provides a robust set of extensions to the C++ language that enables rapid development of complex models of hardware and software systems. The authors focus on practical use of the language for modeling real systems, showing:A step-by-step build-up of syntaxCode examples for each conceptOver 8000 lines of downloadable code examplesUpdates to reflect the SystemC standard, IEEE 1666Why features are as they areMany resource referencesHow SystemC fits into an ESL methodologyThis new edition of an industry best seller is updated to reflect the standardization of SystemC as IEEE 1666 and other improvements that reflect feedback from readers of the first edition. The wide ranging feedback also include suggestions from editors of the Japanese and Korean language translations, professors and students, and computer engineers from a broad industrial and geographical spectrum, all who have successfully used the first edition. New chapters have been added on the SystemC Verification Library and the Transaction Level Modeling, and proposed changes to the current SystemC standard. David Black and Jack Donovan, well known consultants in the EDA industry, have teamed with Bill Bunton and Anna Keist, experienced SystemC modeling engineers, to write the second edition of this highly popular classic. As a team the authors bring over 100 years of ASIC and system design experience together to make a very readable introduction to SystemC. von Black, David C. und Keist, Anna und Bunton, Bill und Donovan, Jack