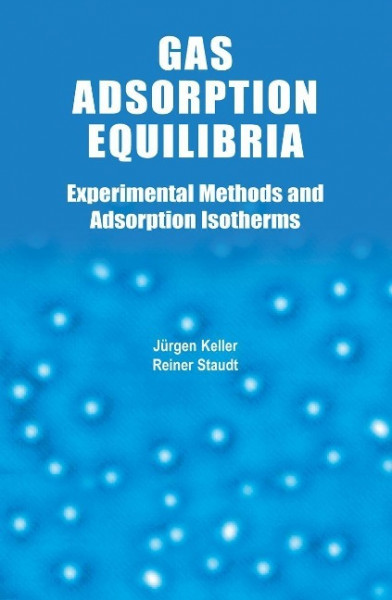 This book is intended to present for the first time experimental methods to measure equilibria states of pure and mixed gases being adsorbed on the surface of solid materials. It has been written for engineers and scientists from industry and academia who are interested in adsorption based gas separation processes and/or in using gas adsorption for characterization of the porosity of solid materials. This book is the result of a fruitful collaboration of a theoretician (JUK) and an experimentalist (RS) over more than twelve years in the field of gas adsorption systems at the Institute of Fluid- and Thermodynamics (IFT) at the University of Siegen, Siegen, Germany. This collaboration resulted in the development of several new methods to measure not only pure gas adsorption, but gas mixture or coadsorption equilibria on inert porous solids. Also several new theoretical results could be achieved leading to new types of so-called adsorption isotherms based on the concepts of molecular association and - phenomenologically speaking - on that of thermodynamic phases of fractal dimension. Naturally, results of international collaboration of the authors over the years (1980-2000) also are included. von Keller, Jürgen und Staudt, Reiner