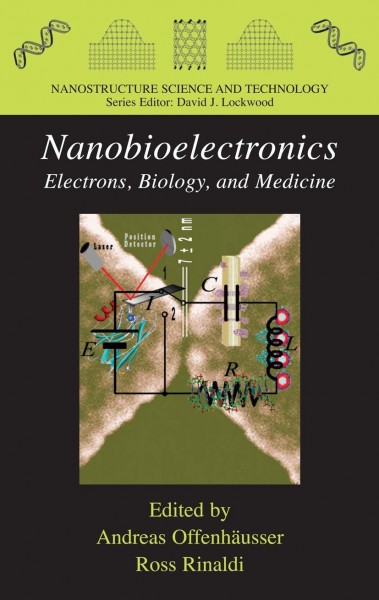 Nanobioelectronics - for Electronics, Biology, and Medicine

Nanobioelectronics - for Electronics, Biology, and Medicine

The combination of biological elements with electronics is of great interest for many research areas. Inspired by biological signal processes, scientists and engineers are exploring ways of manipulating, assembling, and applying biomolecules and cells on integrated circuits, joining biology with electronic devices. The overall goal is to create bioelectronic devices for biosensing, drug discovery, and curing diseases, but also to build new electronic systems based on biologically inspired concepts. This research area called bioelectronics requires a broad interdisciplinary and transdisciplinary approach to biology and material science. Even though at the frontier of life science and material science, bioelectronics has achieved in the last years many objectives of scientific and industrial relevance, including aspects of electronics and biotechnology. Although the first steps in this field combined biological and electronic units for sensor applications (e. g. , glucose oxidase on an oxygen electrode), we see now many applications in the fields of genomics, proteomics, and celomics as well as electronics. This approach challenges both the researcher and the student to learn and think outside of their zones of comfort and training. Today, one can fabricate electrically active structures that are commensurate in size with biomolecules. The advancement of nanotechnology has influenced bioelectronics to a large extent. von Offenhäusser, Andreas und Rinaldi, Ross