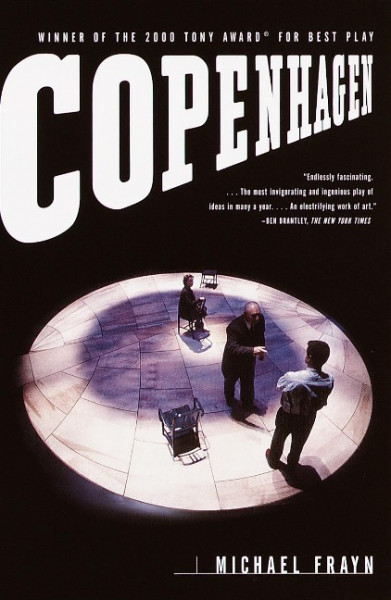 The Tony Award--winning play that soars at the intersection of science and art, Copenhagen" "is an explosive re-imagining of the mysterious wartime meeting between two Nobel laureates to discuss the atomic bomb. In 1941 the German physicist Werner Heisenberg made a clandestine trip to Copenhagen to see his Danish counterpart and friend Niels Bohr. Their work together on quantum mechanics and the uncertainty principle had revolutionized atomic physics. But now the world had changed and the two men were on opposite sides in a world war. Why Heisenberg went to Copenhagen and what he wanted to say to Bohr are questions that have vexed historians ever since. In Michael Frayn's ambitious, fiercely intelligent, and daring new play Heisenberg and Bohr meet once again to discuss the intricacies of physics and to ponder the metaphysical--the very essence of human motivation. von Frayn, Michael