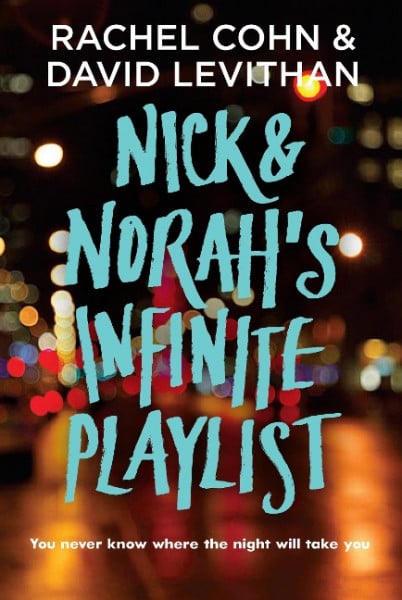 The New York Times bestselling he-said/she-said rock n' roll romance that inspired the motion picture starring Michael Cera (Juno, Arrested Development) and Kat Dennings (Thor, TV's 2 Broke Girls)! "I know this is going to sound strange, but would you mind being my girlfriend for the next five minutes?" Nick frequents New York's indie rock scene nursing a broken heart. Norah is questioning all of her assumptions about the world. They have nothing in common except for their taste in music, until a chance encounter leads to an all-night quest to find a legendary band's secret show and ends up becoming a first date that could change both their lives. Co-written by Rachel Cohn and David Levithan, co-author of WILL GRAYSON, WILL GRAYSON with John Green (THE FAULT IN OUR STARS), NICK & NORAH'S INFINITE PLAYLIST is a sexy, funny roller coaster of a story that reminds you how you can never be sure where the night will take you… von Cohn, Rachel und Levithan, Davi

Rachel Cohn is the author of critically-acclaimed YA novels Shrimp, Pop Princess, Gingerbread, and middle-grade novel The Steps. A graduate of Barnard College, she lives and writes in Manhattan. Nick and Norah's Infinite Playlist is Rachel's first book for Knopf.David Levithan is a children's book editor in New York City. The author lives in NYC; Hoboken, NJ.