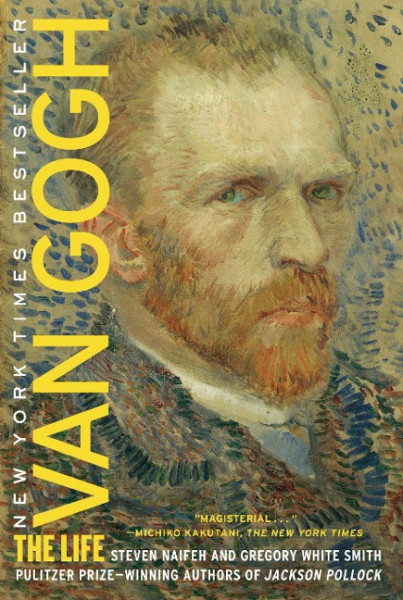 NEW YORK TIMES BESTSELLER • "The definitive biography for decades to come."-Leo Jansen, curator, the Van Gogh Museum, and co-editor of Vincent van Gogh: The Complete LettersSteven Naifeh and Gregory White Smith, who galvanized readers with their Pulitzer Prize-winning biography of Jackson Pollock, have written another tour de force-an exquisitely detailed, compellingly readable portrait of Vincent van Gogh. Working with the full cooperation of the Van Gogh Museum in Amsterdam, Naifeh and Smith have accessed a wealth of previously untapped materials to bring a crucial understanding to the larger-than-life mythology of this great artist: his early struggles to find his place in the world; his intense relationship with his brother Theo; and his move to Provence, where he painted some of the best-loved works in Western art. The authors also shed new light on many unexplored aspects of Van Gogh's inner world: his erratic and tumultuous romantic life; his bouts of depression and mental illness; and the cloudy circumstances surrounding his death at the age of thirty-seven. Though countless books have been written about Van Gogh, no serious, ambitious examination of his life has been attempted in more than seventy years. Naifeh and Smith have re-created Van Gogh's life with an astounding vividness and psychological acuity that bring a completely new and sympathetic understanding to this unique artistic genius.NAMED ONE OF THE BEST BOOKS OF THE YEAR BY The New York Times Book Review • The Washington Post • The Wall Street Journal • San Francisco Chronicle • NPR • The Economist • Newsday • BookReporter "In their magisterial new biography, Van Gogh: The Life, Steven Naifeh and Gregory White Smith provide a guided tour through the personal world and work of that Dutch painter, shining a bright light on the evolution of his art. . . . What [the authors] capture so powerfully is Van Gogh's extraordinary will to learn, to persevere against the odds."-Michiko Kakutani, The New York Times"Brilliant . . . Steven Naifeh and Gregory White Smith are the big-game hunters of modern art history. . . . [Van Gogh] rushes along on a tide of research. . . . At once a model of scholarship and an emotive, pacy chunk of hagiography."-Martin Herbert, The Daily Telegraph (London)

Steven Naifeh and Gregory White Smith are graduates of Harvard Law School. Mr. Naifeh, who has written for art periodicals and has lectured at numerous museums including the National Gallery of Art, studied art history at Princeton and did his graduate wo