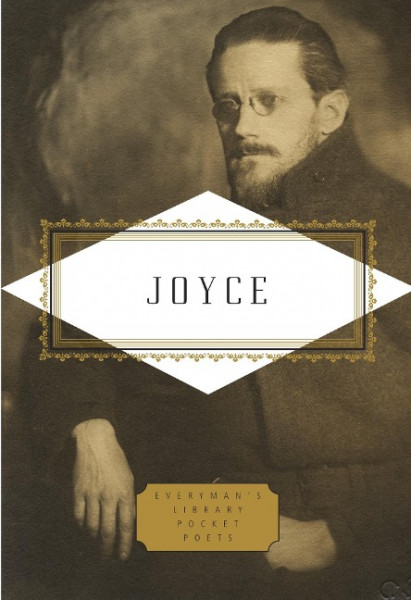 Joyce: Poems and a Play

Joyce: Poems and a Play

This selection of the major poems James Joyce published in his lifetime is accompanied by his only surviving play, Exiles. Joyce is most celebrated for his remarkable novel Ulysses, and yet he was also a highly accomplished poet. Chamber Music is his debut collection of lyrical love poems, which he intended to be set to music; in it, he enlivens the styles of the Celtic Revival with his own brand of playful irony. Pomes Penyeach, a collection written while Joyce was working on A Portrait of the Artist as a Young Man, sounds intimately autobiographical notes of passion and betrayal that would go on to resonate throughout the rest of his work. Joyce's other poems include the moving "Ecce Puer," written on the occasion of the birth of his grandson, and his fiery satires "The Holy Office" and "Gas from a Burner." Exiles was written after Joyce had left Ireland, never to return; it is a richly nuanced drama that reflects a grappling with the state of his own marriage and career as he was about to embark on the writing of Ulysses. In its tale of an unconventional couple involved in a love triangle, Exiles engages Joycean themes of envy and jealousy, freedom and love, men and women, and the complicated relationship between an artist and his homeland. von Joyce, James

James Joyce, the twentieth century's most influential novelist, was born in Dublin on February 2, 1882. The oldest of ten children, he grew up in a family that went from prosperity to penury because of his father's wastrel behavior. After receiving a rigorous Jesuit education, twenty-year-old Joyce renounced his Catholicism and left Dublin in 1902 to spend most of his life as a writer in exile in Paris, Trieste, Rome, and Zurich. On one trip back to Ireland, he fell in love with the now famous Nora Barnacle on June 16, the day he later chose as "Bloomsday" in his novel Ulysses. Nara was an uneducated Galway girl who became his lifelong companion an the mother of his two children. In debt and drinking heavily, Joyce lived for thirty-six years on the Continent, supporting himself first by teaching jobs, then trough the patronage of Mrs. Harold McCormick (Edith Rockerfeller) and the English feminist and editor Harriet Shaw Weaver. His writings includeChamber Music (1907), Dubliners (1914), A Portrait of the Artist as a Young Man (1916), Exiles (1918), Ulysses(1922), Pomes Penyeach (1927), Finnegan's Wake (1939), and an early draft of A Portrait of a Young Man, Stephan Hero (1944). Ulysses required seven years to complete, and his masterpiece, Finnegan's Wake, took seventeen. Both works revolutionized the form, structure, and content of the novel. Joyce died in Zurich in 1941.