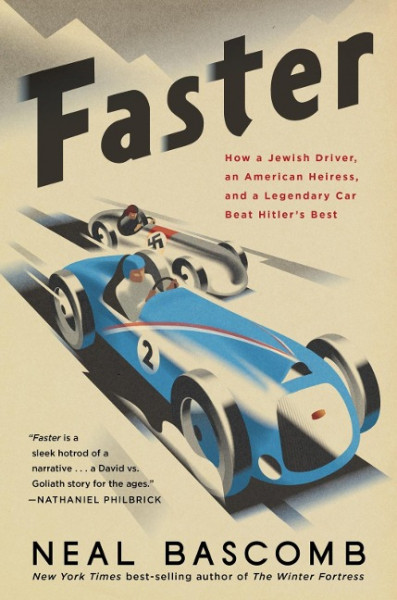 Faster
How a Jewish Driver, an American Heiress, and a Legendary Car Beat Hitler's Best

Winner of the Motor Press Guild Best Book of the Year Award & Dean Batchelor Award for Excellence in Automotive Journalism For fans of The Boys in the Boat and In the Garden of Beasts, a pulse-pounding tale of triumph by an improbable team of upstarts over Hitler's fearsome Silver Arrows during the golden age of auto racing As Nazi Germany launched its campaign of racial terror and pushed the world toward war, three unlikely heroes-a driver banned from the best European teams because of his Jewish heritage, the owner of a faltering automaker company, and the adventurous daughter of an American multimillionaire-banded together to challenge Hitler's dominance at the Grand Prix, the apex of motorsport. Bringing to life this glamorous era and the sport that defined it, Faster chronicles one of the most inspiring, death-defying upsets of all time: a symbolic blow against the Nazis during history's darkest hour. von Bascomb, Neal

NEAL BASCOMB is the national award-winning and New York Times best-selling author of The Winter Fortress, Hunting Eichmann, The Perfect Mile,Higher, The Nazi Hunters, and Red Mutiny, among others. A former international journalist, he is a widely recognized speaker on the subject of war and has appeared in a number of documentaries. He lives in Philadelphia. For more information, visit http://nealbascomb.com or find him on Twitter at @nealbascomb.