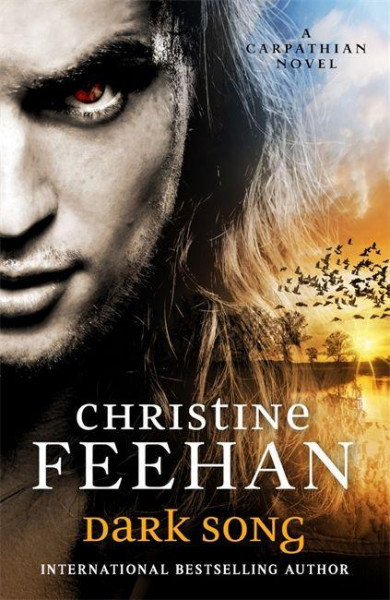 Two Carpathians find hope in the bond that ties their souls in this passionate novel in Christine Feehan's No.1 New York Times bestselling series.Stolen from her home at a young age and tormented for centuries, Elisabeta Trigovise is scared to show herself to anyone. Even though she has been rescued and is now safe within the Carpathian compound, she has lived in fear for so long she has no idea how to survive without it. She wants to answer the siren call of her lifemate - but the very thought terrifies her.Before he found Elisabeta, Ferro Arany was an ancient warrior without emotion. Now that his senses have come alive, he knows it will take more than kind words and soft touches to convince the fractured woman that they are partners, not master and prisoner. For now, he will give her his strength until she finds hers, allowing the steady rhythm of his heart to soothe Elisabeta's fragile soul.But even as she learns to stand on her own, the vampire who kept her captive is desperate to claim her again, threatening the song Elisabeta and Ferro are writing together.'Feehan has a knack for bringing vampiric Carpathians to vivid, virile life in her Dark Carpathian novels' Publishers Weekly 'The erotic, gripping series that's defined an entire genre' J. R. Ward [thumbnails of Dark Illusion and Dark Sentinel] von Feehan, Christine

Christine Feehan is a #1 New York Times and international bestselling author with 90 published novels to date, including seven series; Leopard Series, Dark Series, Ghostwalker Series, Drake Sisters Series, the Sisters of the Heart Series, Shadow Series and Torpedo Ink. Six of her series have hit the #1 spot on the New York Times bestselling list as well. She has been published in multiple languages and in many formats, including audio book, e-book, hardcover and large print. Her ground-breaking book trailer commercials have been shown on TV and in the movie theaters. She has been featured on local TV and appeared on the The Montel Williams Show.Visit Christine Feehan online:www.christinefeehan.comwww.facebook.com/christinefeehanauthorwww.instagram.com/authorcfeehanhttps://www.goodreads.com/author/show/6268.Christine_Feehan/blog