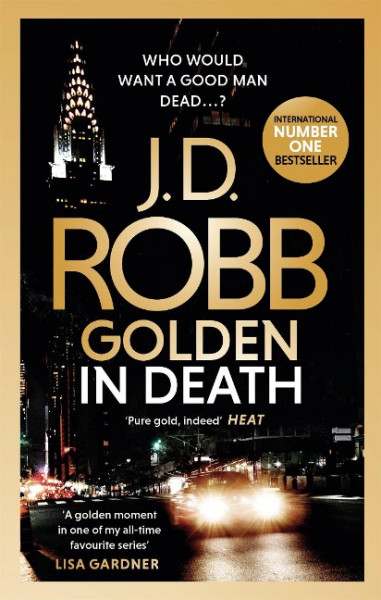 'Doctor Kent Abner began the day of his death comfortable and content'When Kent Abner - baby doctor, model husband and father, good neighbour - is found dead in his town house in the West Village, Detective Eve Dallas and her team have a real mystery on their hands. They know how, where and when he was killed but why would someone want such a good man dead?Then a second victim is discovered and as Spring arrives in New York City, Eve finds herself in a race against time to track down a serial killer with a motive she can't fathom and a weapon of choice which could wipe out half of Manhattan.'J.D. Robb's novels are can't-miss pleasures'Harlan Coben'Eve Dallas - tough as nails and still sexy as hell'Stephen KingJ.D.ROBB BRAND STRIP von Robb, J. D. und Roberts, Nora

Nora Roberts published her first novel using the pseudonym J.D. Robb in 1995, introducing Eve Dallas, a New York City police lieutenant with a dark past, and billionaire Irish rogue, Roarke. Since then, the In Death series has sold over sixty-six million copies, with each new novel reaching number one on bestseller charts the world over. Become a fan on [f] at Nora Roberts and J.D. Robb