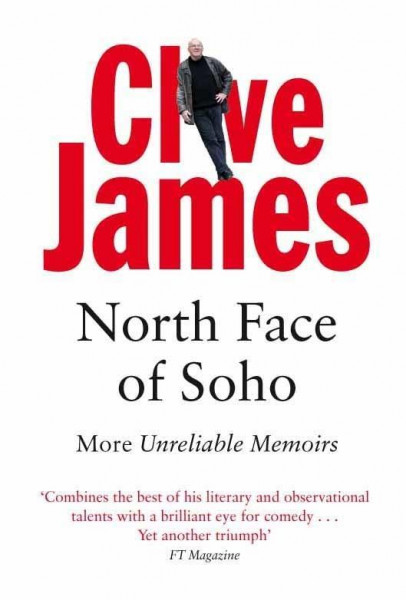 'In the closing pages of the last volume, I got married. The ceremony marked a rare outbreak of normality in my life. It was symbolized by my personal appearance. I was clean-shaven and had a hairstyle in reasonably close touch with my head.' After Unreliable Memoirs, Falling Towards England and May Week Was In June comes the fourth instalment in Clive James's life. Taking us from Fleet Street to Clive James on TV, from Russian department stores to Paris fashion shows — via fatherhood, some killer bees, and a satire starring Anne Robinson as Mrs Thatcher — North Face of Soho is the larger-than-life story of a life lived to the full.

Clive James is the author of more than forty books. As well as his memoirs, he has published essays, collections of literary and television criticism, travel writing, verse and novels. As a television performer he has appeared regularly for both the BBC a