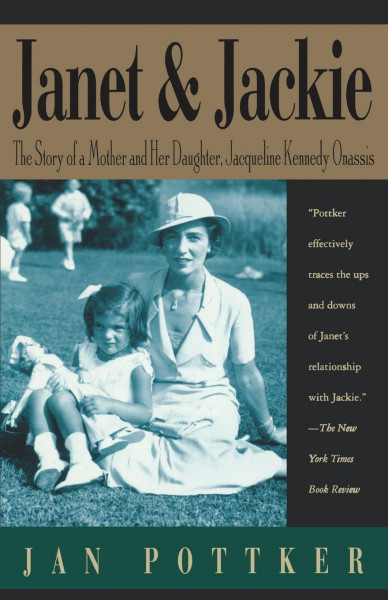 Janet and Jackie: The Story of a Mother and Her Daughter, Jacqueline Kennedy Onassis

Janet and Jackie: The Story of a Mother and Her Daughter, Jacqueline Kennedy Onassis

Despite hundreds of books and thousands of articles on Jackie Kennedy, surprisingly little is known about her mother's role in her life and achievements. Often dismissed as a social climber who faded into the woodwork after she divorced Jackie's father-the dashing, disreputable "Black Jack" Bouvier-and married the rich Hugh D. Auchincloss, Janet not only played a pivotal part in Jackie's own wedding to JFK, but often served as a stand-in for Jackie during the White House years, and helped her cope with John and Caroline after the assassination.The only book to explore this fascinating mother-daughter relationship, Janet & Jackie is filled with stories that shed new light on the personal life of an American icon. von Pottker, Jan