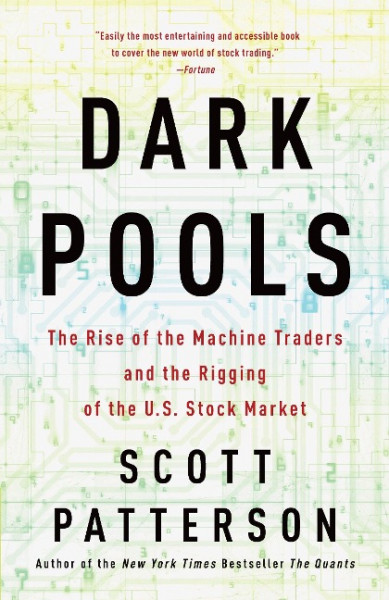 Dark Pools: The Rise of the Machine Traders and the Rigging of the U.S. Stock Market

Dark Pools: The Rise of the Machine Traders and the Rigging of the U.S. Stock Market

A news-breaking account of the global stock market's subterranean battles, Dark Pools portrays the rise of the "bots"--artificially intelligent systems that execute trades in milliseconds and use the cover of darkness to out-maneuver the humans who've created them.In the beginning was Josh Levine, an idealistic programming genius who dreamed of wresting control of the market from the big exchanges that, again and again, gave the giant institutions an advantage over the little guy. Levine created a computerized trading hub named Island where small traders swapped stocks, and over time his invention morphed into a global electronic stock market that sent trillions in capital through a vast jungle of fiber-optic cables. By then, the market that Levine had sought to fix had turned upside down, birthing secretive exchanges called dark pools and a new species of trading machines that could think, and that seemed, ominously, to be slipping the control of their human masters. Dark Pools is the fascinating story of how global markets have been hijacked by trading robots--many so self-directed that humans can't predict what they'll do next.

SCOTT PATTERSON is a staff reporter at the Wall Street Journal, covering financial regulation from the nation's capital.