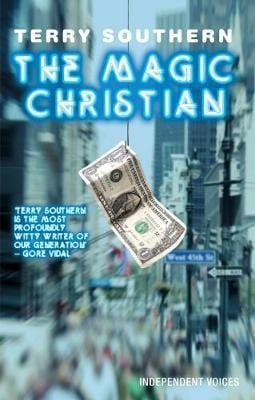 Guy Grand is the last of the big spenders, an eccentric billionaire determined to create disorder and willing to pay anything to prove his theory that there is nothing so degrading that someone won't do it for money. Guy Grand leads a life full of madcap schemes and practical jokes, all showing that everyone has their price and that he is willing to pay it.A satire of America's obsession with money, TV, guns and sex, The Magic Christian is hilarious and wickedly original. One of the most cruelly revealing books about modern life ever written, this was Terry Southern's masterpiece.The Magic Christian was turned into one of the great cult movies starring Peter Sellers and Ringo Starr.