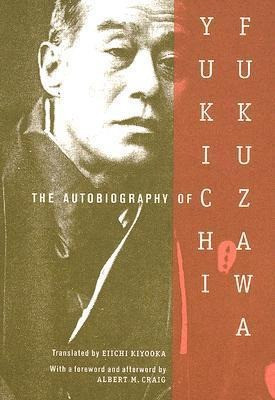 The Autobiography of Yukichi Fukuzawa

The Autobiography of Yukichi Fukuzawa

Yukichi Fukuzawa (1835-1901) was a leading figure in the cultural revolution that transformed Japan from an isolated feudal nation into a full-fledged player in the modern world. He translated a wide range of Western works and adapted them to Japanese needs, inventing a colorful prose style close to the vernacular. He also authored many books, which were critical in introducing the powerful but alien culture of the West to the Japanese. Only by adopting the strengths and virtues of the West, he argued, could Japan maintain its independence despite the "disease" of foreign relations.Dictated by Fukuzawa in 1897, this autobiography offers a vivid portrait of the intellectual's life story and a rare look inside the formation of a new Japan. Starting with his childhood in a small castle town as a member of the lower samurai class, Fukuzawa recounts in great detail his adventures as a student learning Dutch, as a traveler bound for America, and as a participant in the tumultuous politics of the pre-Restoration era. Particularly notable is Fukuzawa's ability to view the new Japan from both the perspective of the West and that of the old Japan in which he had been raised. While a strong advocate for the new civilization, he was always aware of its roots in the old.